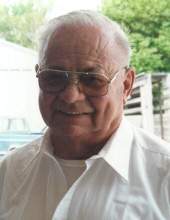 A gathering of family and friends will be held one hour prior on Saturday at the funeral chapel. Inurnment of cremains will be held in Oakland Cemetery.

Eugene “Gene” Arthur Johnson, the son of Arthur and Esther (Lueck) Johnson was born on December 13, 1926 in Waseca, Minnesota. During his teen years, Gene came to the Forest City area living with his Grandfather John Johnson, Uncle Marion and Thelma Johnson and their family, Judy, Jane, Joan, Janice and Jill. In 1949 Gene joined the Army. Twenty two days after finishing his tour with the Army he joined the Air Force retiring in 1977. Gene enjoyed his travels throughout the world during his military career. In 1978, Gene began his career with Boeing retiring in 1995 in Tacoma, Washington. Gene was married to Mary Ann Williams. To this union son’s Douglas and Michael were born. In 1995, he returned to Forest City and married Betty Baker Hutson.

He is preceded in death by his wives, Mary Ann and Betty; parents, Arthur and Esther Johnson; sister, Deloris Raatz; and brother-in-laws, DeWayne Hannaman and Vern Schoenfeldt.
To send flowers to the family in memory of Eugene A. Johnson, please visit our flower store.