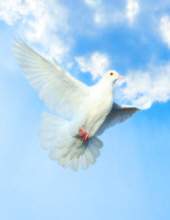 Evan will be dearly missed by his family. His parents will carry him in their hearts from this day forward, especially as they go fishing, hunting, or camping.