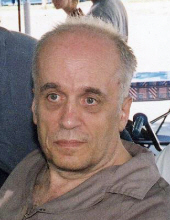 Gary R. Clement, 70, of Garner died Wednesday, February 7, 2018 at Mercy Medical Center – North Iowa in Mason City as a result of complications of a brain bleed.

A memorial service will be held 7 P.M., Monday, February 12th at Zion Evangelical and Reformed Church in Garner with Rev. Brian Lund officiating. Burial will be at a later date in Concord Township Cemetery.

A memorial visitation will be held from 5 to 7 P.M., Monday at the church. Arrangements are with Cataldo Funeral Home of Garner.

Memorials may be directed to Camp Sunnyside or Zion Evangelical and Reformed Church.

Gary Riff Clement, the son of Roland and Eugenia (Riff) Clement, was born October 25, 1947 in Garner. He attended Miller School and graduated from Garner-Hayfield High School in 1965. He continued his education at a college in Marshall, Missouri. After college, he moved to Des Moines and worked at Bankers Life. He later moved to Forest City and in 2009 became a resident of Concord Care Center in Garner. With all of Gary’s challenges, he never complained about his physical difficulties. He enjoyed trips to Texas, watching hockey and baseball, especially the Milwaukee Brewers, his mother’s cooking and attending church and social activities.

He was a member of Zion Evangelical and Reformed Church in Garner.

He was preceded in death by his parents; and brother, Neal Clement.

Gary’s family would like to thank the staff at Concord Care Center and members of Zion Evangelical and Reformed Church for their wonderful care.
To order memorial trees or send flowers to the family in memory of Gary E. Clement, please visit our flower store.
Send a Sympathy Card