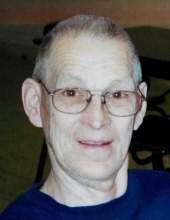 Memorial services will be held 10:30 A.M. Saturday, December 20, 2014 at the Cataldo Schott Funeral Chapel with the Rev. Rod Hopp of the Immanuel Lutheran Church officiating. Upon is wishes he was cremated and there will be no visitation.
Inurnment will be held in the Oakland Cemetery in Forest City.

The family requests that in lieu of flowers memorials may be directed to the Gary M. Thompson memorial fund in care of the family.

Gary Miller Thompson was born May 11, 1938 in Forest City, Iowa, the son of Maynard and Mebel (Helgeson) Thompson. He was baptized at the Winnebago Lutheran Church. He spent his childhood days growing up on a farm in Mt. Valley Township. He worked for Sorenson roofing for many years and later worked for Thompson Roofing. He liked riding his bicycle from town to town. He spent many years living with his brother Clair and wife Lavonne in Forest City. In 1999 he entered his home in Duncan Heights where he was currently a resident. He enjoyed the time he spent with his family, especially his nieces and nephews.

He was preceded in death by his parents; sister, Virginia; brother, Claire and niece, Michelle.
To order memorial trees or send flowers to the family in memory of Gary M Thompson, please visit our flower store.