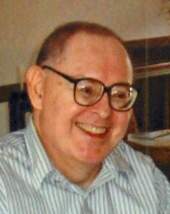 A memorial mass will be held 2 P.M., Saturday, November 30th at St. Wenceslaus Catholic Church in Duncan with Fr. Dennis Miller officiating. Inurnment will be in St. John's Catholic Cemetery in Duncan.

Gerald Eugene Urich, the son of Rudy and Dorothy (Brcka) Urich, was born October 5, 1948 at Mason City. He attended school at Hayfield and graduated from Garner-Hayfield High School in 1966. Gerald continued his education at the University of Southern Illinois and graduated from the Electronics Computer Programming Institute in 1969. After graduation, he was employed as a Systems Analyst for the State Comptroller in Des Moines. He retired from this position after twenty-four years of employment. Gerald built a home in Pleasant Hill, near Des Moines, in 1980 where he continued to live after his retirement. He had been confined to a wheel-chair since graduating from high school. Gerald was a history enthusiast, especially regarding WW II publications. He also enjoyed collecting data dealing with space and the solar system. In addition, he loved following sporting events and was an avid Iowa Hawkeye fan.

He was preceded in death by his father, Rudy Urich.
To send flowers to the family in memory of Gerald Eugene Urich, please visit our flower store.