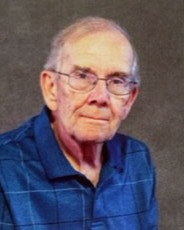 A graveside service will be held in the spring of 2023  and announced at a later date.

Gregory Allen Greiman, the son of Howard and Pauline (Michaelson) Greiman, was born May 30, 1947, at Dilla Carothers care facility in Garner.  He  was baptized and confirmed at Zion Evangelical and Reformed Church.  Greg graduated from Garner-Hayfield High School in 1965 and served his country in the U.S. Air Force during the Vietnam Conflict as a cargo aircraft mechanic. Following his honorable discharge in 1971, he returned to Garner and worked at the Garner Creamery for two years. Greg was employed for 37 years at Winnebago Industries until his retirement in 2012. During his retirement he worked part-time at Madsen Photography and delivered cars for Ollenburg Motors. Greg enjoyed  knife collecting, bowling, hunting, fishing and camping. He also had a passion for photographing Eagles in the area.

He was a member of Zion Evangelical and Reformed Church where he served on the consistory for three years, Garner VFW and served on the Veterans Ceremonial Unit for many years. Greg also belonged to the Vietnam Veterans of North Iowa, North Iowa Photo Club and the Hawkeye Knife Collectors Club.

Greg is survived by his brother, Terry (Rita) Greiman of Bloomfield, NM; a nephew, Chris (Tara) Greiman of San Antonio, TX; a niece, Jennifer (Barry) Tractenberg of Winston Salem, NC; and many cousins and their families.

He was preceded in death by his parents; brother, Harley Greiman; and a nephew, Brenden Greiman.

To order memorial trees or send flowers to the family in memory of Gregory A. Greiman, please visit our flower store.