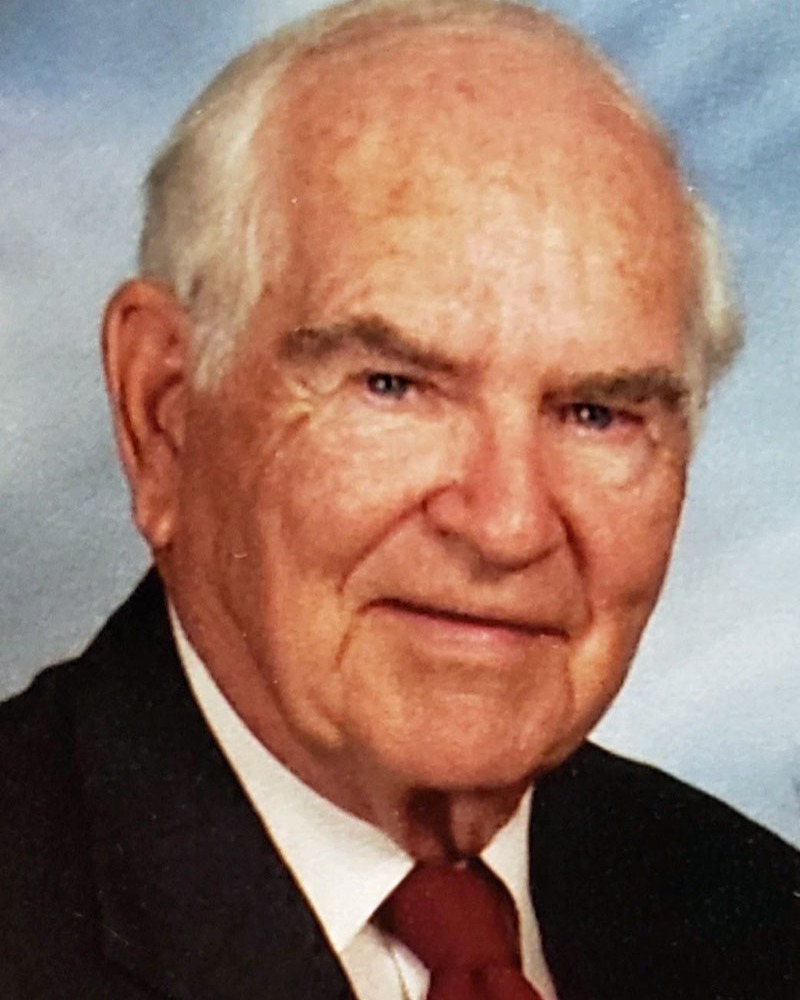 A memorial visitation and graveside service will be held in June of 2023 and announced at a later date. Military rites will be conducted by the Garner Veterans Ceremonial Unit.

Harlan Deleo Johnson, the son of Leo and Edith (Rood) Johnson, was born May 23, 1925, in Fort Dodge. He had three brothers, Edward, Robert and James and three sisters, LaVina, Eleanor and Marjorie. Harlan graduated from Garner High School in 1944. He worked for Walt Edelen in high school and found time for basketball and football. Harlan entered the U.S. Marines in June and had basic training in Camp Pendleton, CA and Hawaii. He fought in Iwo Jima. Harlan took a train by the camps bombed by the atomic bomb and witnessed the devastation there. In 1946, he returned to the U.S. and attended Hamilton Business College. He met Audrey Hanawalt and they married on September 4, 1949 at Immanuel Lutheran Church in Mason City. The couple settled in Garner and bought the local grocery store from Walt Edelen. Together they raised four children: Janet, Nancy, Scott and David. After selling the store he sold AAL Insurance and delivered Winnebago motor homes for 25 years. Harlan and Audrey enjoyed 30 years wintering in Florida.

He was a faithful member of St. Paul Lutheran Church and a lifetime member of the Garner VFW and American Legion. Harlan and Audrey had many friends and played in many card groups. They all traveled the world together and had many good times.

He was preceded in death by his parents; wife, Audrey; son, David; son-in-law, Tom Stump; three brothers; and three sisters.

To send flowers to the family in memory of Harlan D. Johnson, please visit our flower store.