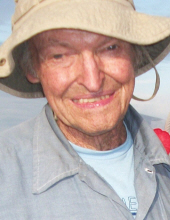 In lieu of flowers, please consider a donation to the Greater Albuquerque Habitat for Humanity, 4900 Menaul Blvd. N.E., or the charity of your choice.

Irving J. Hall was born and raised in northern Iowa, where he attended Waldorf College in Forest City. After earning his PhD in statistics from Iowa State in 1966, he took a position with Sandia National Laboratories in Albuquerque, NM. Upon retirement from Sandia in 1994, Irv became actively involved with Habitat for Humanity, for whom he and his wife, Lois, extensively volunteered for the Great Albuquerque Habitat for Humanity affiliate. Irv and Lois journeyed to several international Habitat projects, including builds in Korea, the Philippines, Mexico, South Africa, Vietnam and Haiti; in addition to leading a Global Village team to Guatemala. When the Hall’s saw the tremendous need in Guatemala and the dedication of the Guatemala Habitat staff, Irv developed a special connection to Guatemala and made several trips to the country to further Habitat’s work. His service with Habitat touched the lives of many people all over the world, and his contributions to Habitat will be greatly missed.

Irv is survived by his wife of 57 years, Lois Hall; daughters, Shelia Hall and Lori (James) Bjork; two grandsons, Matthew and Andy; his sister-in-law, JoAnn Hall; two nieces, Cindy and Shelly; a nephew, Steve; and many other family and friends.

He was preceded in death by his parents, Clarence and Clara Hall; and brothers, Carroll, Lyle and Gordon Hall.
To order memorial trees or send flowers to the family in memory of Irving Hall, please visit our flower store.
Send a Sympathy Card