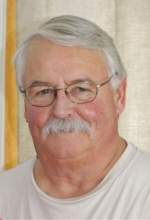 Funeral services will be held at 10:30 A.M., Saturday, April 12th at the St. John's Lutheran Church in Woden with Pastors Kim and Trudy Peterson officiating. Burial will be in Bingham Township Cemetery in Woden with military rites will be conducted by the Woden American Legion Post No. 628.

Visitation will be held from 5 to 7 P.M., Friday at the Cataldo Funeral Chapel in Woden and will continue one hour prior to services at the church.

James Alan Crone, the son of Dean and Jean (Lonning) Crone, was born January 24, 1950 in Forest City. He graduated from Woden-Crystal Lake High School in 1968 and furthered his education at Iowa State graduating with a Bachelor's Degree in Animal Science. On April 22, 1972 he married Becky Buns at St. John's Lutheran Church in Woden. The couple made their home in rural Woden. Jim served his country as a member of the Algona National Guard Unit. In 1973 Jim began farming near Woden working with his father, Dean and uncle, Wilbur. He also sold Dekalb/Asgrow seed. Jim enjoyed working on things in his shop and mentored and ministered to those around him. His sense of humor prevailed throughout his entire life. He will be dearly missed by all those who knew and loved him.

He was baptized and confirmed at the United Methodist Church in Crystal Lake. Jim then became a member of St. John's Lutheran Church and served his church in many aspects such as a Sunday school teacher, youth leader, council member and other multiple church committees. He also served on many community and county boards too numerous to mention.

He was preceded in death by his parents; sister in-law, Kristi Buns-Larson and her husband, Steve; along with many other relatives and friends.

To send flowers to the family in memory of James Alan Crone, please visit our flower store.