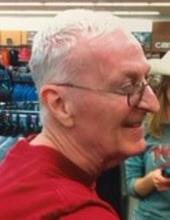 Jim was employed at Hormel and at the Post Office. He enjoyed his work as a teacher at Arcadia Catholic School and at an Indian Reservation in Montana. He was employed at Winnebago and as a custodian at churches in the Leland and Forest City area. Jim served in the Army and was stationed in Germany.

He is survived by his sisters, Veronica (Anderson), Marion (Stanek), Jeanette (Klapperick), JoAnn (Holgate); brothers, Albert Wolf and Robert Wolf and many nieces and nephews.
To order memorial trees or send flowers to the family in memory of James Allen Wolf, please visit our flower store.
Send a Sympathy Card