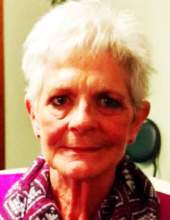 A memorial service will be held 10:30 a.m., Thursday, February 3, 2022 at St. Paul Lutheran Church in Garner with Pastor Scott Kozisek officiating. Inurnment will be in the spring at Forest Home Cemetery in Leland.

Memorials may be directed to Alcoholics Anonymous in memory of Janice at: Contribution.aa.org

Janice Olive Peterson, the daughter of Dickerson and Edith (Anderson) Cobb, was born February 14, 1952 in Bloomington, Minnesota. She grew up in the north Iowa area and attended Forest City High School. She later received her GED and became an Optometric Assistant. On March 2, 1971 she was married to Lauren Peterson in Garner. They lived in Garner before moving to Britt in 1977 where they raised their three children. Janice lived in Thompson and Forest City for a time and in 2004 moved to Garner where she resided with her special friend, Laverne “Sonny” Farris. In 2018, they moved to Clear Lake. Family was very important to Janice. She loved spending time with her grandchildren and was passionate about attending AA meetings in the area serving as a sponsor and mentor for many people over the years.

She was a member of St. Paul Lutheran Church and LWML.

She was preceded in death by her parents; and brothers, Walt, Dave, Richard and Tom Cobb.
To order memorial trees or send flowers to the family in memory of Janice O. Peterson, please visit our flower store.