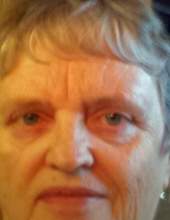 Visitation will be held one hour prior to services at the church on Wednesday. Memorials may be directed to Bethel Lutheran Brethren Church.

Cataldo Schott Funeral Home of Forest City is in charge of arrangements.

Janis K. Johnson, the daughter of Orville and Lois (Carson) Colby was born December 4, 1948 in Mason City. She was baptized on April 17, 1949 and confirmed on May 25, 1963 at Grace EUB Church in Mason City. Janis graduated from Mason City High School on June 6, 1967, and from NIACC Nursing program on June 6, 1969 with an RN degree. Following her graduation, she worked at Mercy Hospital in Mason City in the pediatric unit. On September 11, 1976, Janis was married to Robert L. Johnson at Our Savior’s Lutheran Church in Mason City. They resided on a farm near Hoskins, NE and were members of Christ the Servant Lutheran Church in Norfolk. Jan enjoyed working on the farm with Bob, sewing and quilting. In 1998, they moved into Norfolk. After Robert’s death in 2009, she moved to Forest City. She enjoyed designing greeting cards for friends. Janis attended Bethel Lutheran Brethren Church in rural Joice.

She was preceded in death by her parents; and husband, Robert Johnson.
To order memorial trees or send flowers to the family in memory of Janis K. Johnson, please visit our flower store.