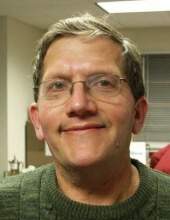 Interment will be held in First Baptist Cemetery/Oakland in Forest City.

In lieu of flowers, memorials may be directed to the First Baptist Church of Forest City, Forest City Lions Club, and the Winnebago County Historical Society.

Jerry L. Tweeten was born September 13, 1956 in Buffalo Center, the son of Roger and Luetta (Folkerts) Tweeten. He attended school in Forest City and graduated with the Class of 1975.

He was a beloved son, brother, brother-in-law, nephew, cousin and friend. Jerry was hard working and a much-loved member of his community. He was personable, a friend to everyone, and always remembered everyone’s name. He loved scrapbooking pictures and articles from the Forest City Summit and working with people.

Jerry and his father raised cattle, hogs and then specialized in raising and selling feeder pigs. He had the gift of working with hogs and could even read each and every one of their personalities.
Jerry worked the Wednesday sales at the Cow Palace in Forest City for a few years after graduating from high school. He spent many years working at Bowen Food Center and then at Bill’s Family Foods since 1990.

Jerry received Jesus Christ as his personal Savior at a young age and was an active member of the First Baptist Church in Forest City. He served in various capacities on the Christian Education Committee, the Nominating Committee, as an usher, as a member of Front Door Ministry and he was the secretary of the First Baptist Cemetery Association.
Jerry was the chairman of the Winnebago County Republican Party and a regular face at state party functions. He never sought the spotlight, but it often found him as people running for office, from the local courthouse to the White House, would seek his endorsement and support. A major highlight for him was attending the Republican National Conventions in 2004 in New York City and in 2008 in Minneapolis as an alternate delegate. Many parades would find Jerry driving a support vehicle for a candidate and receiving more attention that candidates themselves. At a young age he worked on Terry Branstad’s campaign for public office.

Jerry was a dedicated member of the Lions Club at the local and state levels. He served as president of the local Forest City chapter numerous times and was the North Central Iowa Lions Club District Governor from 2006-2007. He was recently honored with the Lion of the Year award for 2014 by the Forest City Lions Club. One of his favorite activities to do was to organize the annual pork and sweet corn dinner during the Puckerbrush town celebration each year.
Jerry gave much of his time as a volunteer to many other organizations. They included the Winnebago County Pork Producers, Winnebago County Historical Society, Class of 1975 Reunion Organizer, Forest City Beautification Committee and the Miss Forest City Pageant. He also served as a mentor for students at the Forest City High School, something that he enjoyed. Over the years he worked for the Iowa Pork Producers, the Lions Club of Iowa and the Republican Party of Iowa at the Iowa State Fair.

He was preceded in death by his father, Roger Tweeten.

Jerry will be dearly missed by his family, his church family, his co-workers, his organizations and his community.
To send flowers to the family in memory of Jerry L. Tweeten, please visit our flower store.