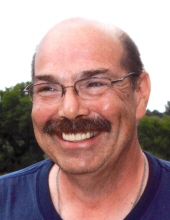 A Celebration of Life service will be held at 4:00 P.M. Friday, May 15, 2015 at Immanuel Lutheran Church in Forest City with Pastor Jim Mantel officiating. Per his wishes he was cremated and there will be no visitation. Private inurnment will be held at a later date.

Jerry was born on December 6, 1953 to Jess (Chuck) and Gladys (Lewis) Vega. He grew up in Clear Lake, Iowa, where he graduated from high school in 1972. Jerry was a very friendly, outgoing person. He could carry on a conversation with anyone like he had known them for years.
He also took a lot of pride in his job working for the City of Forest City’s Street Department and the Recreation Department. He enjoyed his job, making the town look beautiful. He worked there for 27 years and was forced into retirement due to a cardiac arrest in 2010. Jerry was a very kind and caring person. He would lend a hand to anybody that needed help.

Jerry loved traveling and went on many trips around the U.S. with his wife, Starla Vega and his step son, Brock Kielty. Jerry and Starla enjoyed going on day trips through the TSB bank. He also looked forward to his Friday nights when he and his family would go out to eat and try different types of food in the area.

He will be reunited in heaven with his father, Jess (Chuck) Vega and his Mother Gladys Vega; daughter, Mollie Jo Vega and uncles, aunts, nephew and cousins. The family would like to thank Hospice of North Iowa for all the loving and compassionate care you have shown to Jerry and his family.
To order memorial trees or send flowers to the family in memory of Jerry L. Vega, please visit our flower store.
Send a Sympathy Card