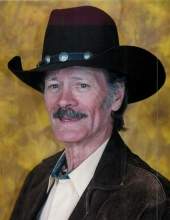 Memorial services will be held 11:00 A.M., Monday, February 27, 2017 at the Cataldo Schott Funeral Chapel 505 North Clark St., Forest City, with Pastor Scot McCluskey of Galilean Lutheran Church in Clear Lake officiating. A gathering of friends and family will be held one hour prior to the services at the funeral home on Monday.

Private family inurnment services will be held in Oakland Cemetery at a later date.


Jerry Lee Hill was born September 25, 1941 in Des Moines, Iowa, at a young age he was adopted by his parents Lester and Dorothy (Gelner) Hill. He attended school in Fertile, Iowa, graduating in 1959. He attended Drafting Trade School in Minneapolis, MN. He was married to Connie Awe on January 27, 1962, to this union four daughters were born, they later divorced. He later met Theda Akkermann, together they had three sons. He worked for Winnebago Industries for 35 years until his retirement in 2005. He also worked for Boeing Aircraft in Seattle, WA for two years. Jerry lived in the Forest City area his whole life.

He recently began collecting used clothing and household goods for the Pine Ridge Indian Reservation in South Dakota and was a member of the Pine Ridge Ministry Team. Jerry enjoyed gardening, reading and watching the Green Bay Packers. Jerry recently enjoyed a mission trip to the Pine Ridge Indian Reservation in South Dakota, a cause that was near to his heart. He enjoyed attending garage sales and was a collector of many things. Jerry enjoyed spending time with his family and friends and will be missed by all who knew and loved him.

He was preceded in death by his parents, Lester and Dorothy Hill; infant son, Jeremiah Lee Hill and granddaughter, Lisa White.
To send flowers to the family in memory of Jerry Lee Hill, please visit our flower store.