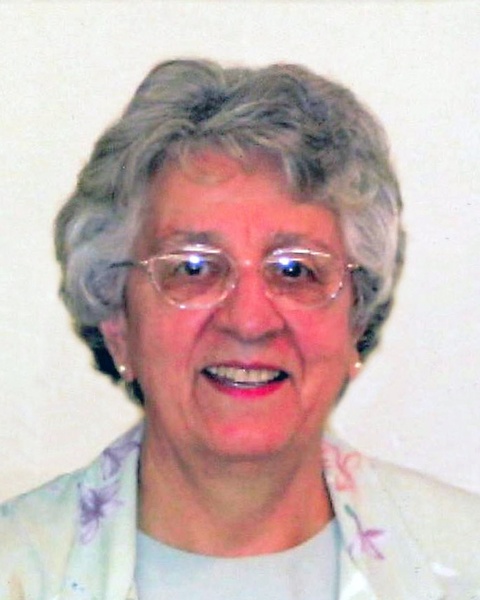 A memorial visitation will be held from 11 a.m. to 1:00 p.m., Saturday, October 8, 2022, at the United Methodist Church in Garner with a time of sharing at 12:30 p.m.  Inurnment will be at Ellington Township Cemetery near Ventura with Rev. Kristin Peters officiating.

In lieu of flowers, please make a donation to your favorite charity in memory of Joanne.

Joanne Louise White, the daughter of Joseph and Harriet (Paul) Stangler, was born February 20, 1933, in Mason City. She graduated from Mason City High School in 1951 and began working for Northwestern Bell as a telephone operator. On April 11, 1959, she was married to Robert White at First Covenant Church in Mason City. They made their home on the White family farm north of Ventura. She didn’t have children of her own, so she became known as “Moma Jo” to her younger sister’s four children, Linda Gutschmidt, Mike Krutsinger, Doug Krutsinger and Jeff Krutsinger. Joanne was known as “BoJo” with the clown troupe through the telephone company. She enjoyed her card club, gardening, trips to Branson, Missouri with her niece, Joyce Anderson and being in a bowling league. She was a competitive game player. Joanne and Bob met at the Surf and enjoyed dancing there while dating.

She was an active member of the United Methodist Church in Ventura until its closing and Clear Lake TOPS group.

She was preceded in death by her parents;  parents-in-law; five sisters; three brothers; a nephew, Mike Krutsinger; and a sister-in-law and her husband.
To order memorial trees or send flowers to the family in memory of Joanne L. White, please visit our flower store.