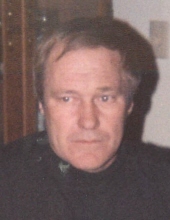 Upon his wishes, he was cremated and a private family services will be held at a later date
Burial of his cremains will take place at a later date in Grant Center Cemetery, rural Fertile, Iowa.

In lieu of flowers, memorials may be directed to Hospice of North Iowa or the Fertile Church of Christ.

Joel Douglas Johnson was born on November 21, 1945 in Fertile, Iowa the son of Adolph and Silence (Stokke) Johnson. He was baptized and confirmed at the Church of Christ in Fertile.

Joel attended school in Fertile and graduated from Forest City High School in 1963. He was drafted into the U.S. Army in 1964 and served in the Vietnam War, he was honorably discharged in 1966, he was very proud of his service to his country. Joel was married to Jane Zobel on July 12, 1975 at the Little Brown Church in Nashua, Iowa.

Joel worked for Larson Plumbing and Heating in Fertile for many years. He enjoyed hunting in his earlier years. Joel also found great pride in helping place American Flags on veteran monuments in many local cemeteries every year over Memorial Day. He loved spending time with his family and friends and will be missed by all who knew and loved him.

He was preceded in death by his parents and parents-in-law.
To order memorial trees or send flowers to the family in memory of Joel Douglas Johnson, please visit our flower store.
Send a Sympathy Card