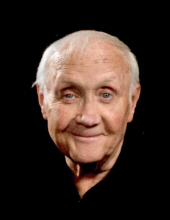 John C. Tegtmeyer, 79, of Britt, passed away Saturday, March 7, 2020 after a long illness at Westview Care Center surrounded by his family.

Funeral services will be held 10:30 A.M., Friday, March 13, 2020 at First Lutheran Church in Britt with Rev. Willie Rosin officiating. Burial will be at Evergreen Cemetery in Britt.

Visitation will be held from 4 to 7 P.M., Thursday at First Lutheran Church in Britt and will resume one hour prior to services at the church. Cataldo Funeral Home in Britt is in charge of arrangements.

John Clarence Tegtmeyer was the third child of Clarence and Betty (Havlik) Tegtmeyer, born on May 26, 1940 on a farm in Orthel Township in Hancock County. John attended the rural schools of Orthel Township with his siblings until the eighth grade and then finished his education at Britt High School, graduating in 1957. Growing up, John helped out on the farm at home and on the farms of other relatives, spending a lot of time with cousins, aunts and uncles.

John married Shirley Trulson at First Lutheran Church on April 18, 1965, Easter Sunday. Every year thereafter, he joked that his anniversary was on Easter Sunday, regardless of the date. They lived all their married life in Britt where they raised three daughters, Dana, Holly, and Rachel.

John’s love of music began at First Lutheran Church, where Clarence propped John up on a step to sing in the choir at a very young age so he could sing side-by-side with his dad, family and cousins. Thus began John’s lifelong musical journey. From that point, he was a faithful lifetime member of the church choir.

John sang in the high school chorus and was a drummer in the high school band. He also sang for many local events and ceremonies throughout his life, from graduation and homecoming ceremonies in high school, to numerous weddings and funerals for family, friends, and neighbors. John enjoyed singing with the Hancock County Chorus and with his family and friends.

John was a member of First Lutheran Church his whole life, and attendance was important to him. His family jokes that, while he was frequently running behind for other events, the one thing he was never late for was church.

John was an electrician by trade, holding numerous jobs in that profession. Later in life, he transitioned to driving a school bus for West Hancock Community Schools and enjoyed driving kids to sporting events. He was proud to be the driver for the track team when they took first in state.

John was always fascinated by airplanes, logging many hours in the cockpit in flying lessons. That fascination with transportation led him to purchase a 1966 Pontiac, which he loved showing to others. He was a jack-of-all-trades and he enjoyed doing projects at home. John liked making people laugh and never minded being the butt of a joke occasionally. He was always ready for a healthy debate with anyone about any topic.

He was preceded in death by his parents and brother, James Tegtmeyer.
To order memorial trees or send flowers to the family in memory of John C. Tegtmeyer, please visit our flower store.
Send a Sympathy Card