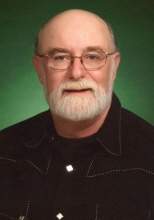 John D. McClement, 62, of Forest City, died Sunday, February 16, 2014 at the Mercy Medical Center in Des Moines, Iowa.
A Funeral Service will be held Thursday, February 20, 2014 at 10:30 A.M. at the United Methodist Church in Forest City with Dixie Rauk, director of Lay Ministries officiating. A visitation will be held 4-6 PM Wednesday (February 19, 2014) at Petersen Lund Funeral Home, 505 North Clark St.
Inurnment will be held at a later date. In lieu of flowers memorials may be directed to the John D. McClement memorial fund in care of the family.
John David McClement was born May 27, 1951. He was raised by Ronald and Winifred McClement in Forest City; he attended schools and graduated from Forest City High School.
He attended Waldorf College where he met his wife Carol Gudvangen; they were married on February 27, 1971 and made their home on the McClement family farm northeast of Forest City their entire married lives. John worked for Winnebago Industries for close to 45 years. He was a long time member of the United Methodist Church in Forest City. John loved driving his 2 Ford Mustangs, was an avid reader and loved spending time with his family. He enjoyed Saturday's with his grandchildren; breakfast at Sally's with Raven and supper with all of them at Taco Jerry's. He also enjoyed dinners with his family in Britt. John was an avid bowler and belonged to many leagues, he loved watching his grandchildren bowl and also attend their many other activities. He will be dearly missed by all who knew and loved him.
He is survived by his three sons, Chad (Cindy) McClement of Forest City, Josh McClement of Forest City and Travis (Jessica) McClement of Britt; six grandchildren, Raven, Brett, Spenser, Garrett, Logan and Tyler. Also surviving is a brother-in-law, Everett (Diane) Steele of Osage; sister-in-law, Barb (Jerry) Fischer of Ft. Atkinson; sister-in-law, Freida Steele of Cottonwood, Ariz. and nephew Keith (Karen) Steele of Phoenix, Ariz.
He was preceded in death by parents and his wife, Carol McClement in 2012.

To send flowers to the family in memory of John David McClement, please visit our flower store.