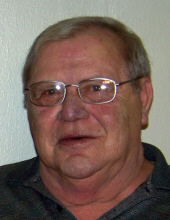 Funeral services will be held 11:00 A.M., Friday, January 9th at the United Methodist Church in Garner with Rev. Paul Evans officiating. Inurnment will be at a later date in Concord Township Cemetery in Garner. Military rites will be conducted by the Garner Veterans Ceremonial Unit.

Memorials may be directed to the donor’s charity of choice.

John Rinehart Omans, the son of Harvey and Mildred (Sherman) Omans, was born May 12, 1937 in Erieville, NY. He attended Cazenovia High School graduating in 1957. That same year John enlisted in the U.S. Air Force and served his country until his honorable discharge in 1969. On August 13, 1960 he was united in marriage to Carol Collins in Piqua, Kansas. The couple moved to Garner in 1970 where John was employed at IMT until his retirement in 2000. John enjoyed golfing, bowling and working with his son on his race car. He enjoyed the wonderful times he spent with his grandchildren, catching up on their activities and accomplishments.

He was a lifetime member of the Garner VFW Post No. 5515. John was proud that he and each of his siblings all served in a branch of the military.

He was preceded in death by his parents; three brothers; and three sisters.
To order memorial trees or send flowers to the family in memory of John R. Omans, please visit our flower store.
Send a Sympathy Card