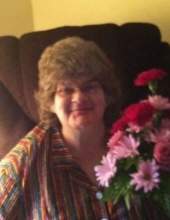 Funeral services will be held 2:00 P.M., Thursday, November 2, 2017 at the Cataldo Schott Funeral Chapel 505 North Clark St., Forest City, with James Fank officiating. A visitation will be held one hour prior to the services at the funeral home on Thursday.

In lieu of flowers memorials may be directed the Judy Lawson memorial fund in care of the family.

Judy Lawson was born July 4, 1956 in Buffalo Center, Iowa the daughter of Richard L. and Betty (Wibben) Countryman. She attended school and graduated from Titonka High School in 1974. She was married to David Price in 1979, to this union two sons, Adam and Andy were born, they later divorced. Judy was then married to Harold Swenson in 1992 until his death in 2007. Judy remarried Leonard Lawson on September 13, 2008, they were currently residing in Thompson, Iowa.

Judy worked at Exceptional Opportunities early on and then as a CNA for many care centers and hospitals through the years in the area, she then went to work at Fleetguard in security until her retirement.

Judy enjoyed crocheting, knitting, sewing and she was known for making stocking hats that she gave to local churches and homeless shelters for those in need. Judy had a big heart and loved all her family and especially cherished the times she spent with them. She also loved woodworking and also cooking and baking for her family. She will be dearly missed by all who knew and loved her.

She was preceded in death by her parents; husband, Harold Swenson in 2007.
To order memorial trees or send flowers to the family in memory of Judy Lawson, please visit our flower store.