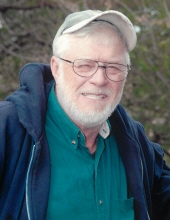 A gathering of family and friends will be one hour prior to the services on Saturday at the funeral home.

In lieu of flowers, memorials may be directed to Waldorf College.

Julius P. Severson was born June 10, 1948 in Forest City, Iowa the son of Orville and Velma (Potter) Severson. Julius was drafted into the United States Army in 1968 during the Vietnam War, he was later honorably discharged in 1970. He then returned to Forest City where he farmed and worked for Winnebago Industries for a short time.

Julius enjoyed farming, John Deere tractors and loved Harley Davidson motorcycles. Julius made twenty consecutive trips to Sturgis, S.D. for the motorcycle rally. He also enjoyed tinkering and working on cars, even restoring his Camaro. Julius attended an Honor Flight to Washington D.C., a trip he thoroughly enjoyed. He will be missed by all who knew and loved him.

Julius was preceded in death by his parents and sister, Elizabeth Ritscherle.
To order memorial trees or send flowers to the family in memory of Julius P. Severson, please visit our flower store.
Send a Sympathy Card