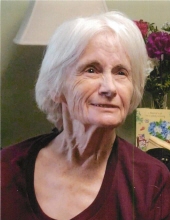 Kathleen Ann (Buffington) Carlson, 75, of Forest City, IA went to be with the Lord on Sunday, September 30, 2018 at Concord Care Center, Garner, IA.

Visitation will be held one hour prior to the services at the church on Tuesday.

Burial will be held in the Wesley Evergreen Cemetery, west of Wesley, Iowa

In lieu of flowers, memorials may be directed to the Kathleen Carlson memorial fund in care of the family.

Kathy was born on November 14, 1942 in Titonka, IA she was the daughter of the late Donald Buffington and Dorothy (Budlong) Buffington. She was a 1960 of Forest City High School, Forest City, IA.

Kathy and her late husband Ernest Neal Carlson, we’re married on September 7, 1963. She was a homemaker and traveled with Ernie as he was stationed at various army bases. Ernie’s last duty station was at Fort Ritchie army base in Cascade, Maryland, where she enjoyed volunteering at the Castle Museum. After Ernie retired from the Army they moved back home to Forest City, IA where she volunteered at the Chamber of Commerce. She was a member of the Methodist Church in Forest City, Iowa.

Kathy enjoyed fishing, camping, and spending time with her family. She will be dearly missed by all who knew and loved her.

She was preceded in death by her parents; husband, Ernest Carlson in 1991; nephews, Shane Buffington and Brandon Buffington.
To order memorial trees or send flowers to the family in memory of Kathleen Ann (Buffington) Carlson, please visit our flower store.
Send a Sympathy Card