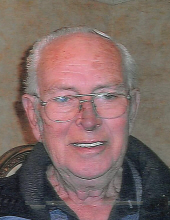 A gathering of family and friends will be held from 3 to 5 P.M., Sunday, February 18th at the Cataldo Schott Funeral Home in Forest City.

Keith DeWayne Cockrell, the son of Archibald and Maritta (Hepperly) Cockrell, was born February 16, 1942 in Britt. He attended and graduated from Osakis High School in Minnesota. He married Marilyn Froehlich on August 22. 1964. Keith worked in construction and at Winnebago Industries in Forest City until his retirement. He enjoyed hunting, fishing, golfing and spending time with family and friends.

He was preceded in death by his parents; and three brothers, Clyde, Dean and Larry.
To order memorial trees or send flowers to the family in memory of Keith D. Cockrell, please visit our flower store.
Send a Sympathy Card