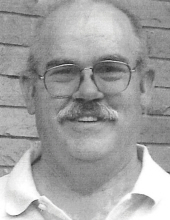 Visitation will be held from 3 to 5 P.M., Sunday at the Cataldo Schott Funeral Home in Forest City and will resume one hour prior to services at the church.

Kent Douglas Hauge, the son of Arnold and Helen (Keiser) Hauge, was born December 30, 1952 in Forest City. He graduated from Forest City High School in 1971. Following high school, Kent began working at Winnebago Industries. On November 23, 1974, he married Carmen Orvick at Immanuel Lutheran Church in Forest City. They lived in Forest City until 1985 when they moved to Albia. In 1989, they returned to Forest City where Kent was employed at 3M. In 1991, they moved to Kiester, MN where they owned and operated the Kiester Bowling Center. Kent retired from 3 M in 2008 and in 2013 he and Carmen moved back to Forest City. He enjoyed bowling and attending his son, Bryan’s athletic activities when he was in high school.

He was a member of Immanuel Lutheran Church in Forest City.

He was preceded in death by his mother, Helen; brother, Craig Hauge; an infant brother, Dennis Arnold Hauge; an infant sister, Paulette Kay Hauge; and nephew, Matthew Hauge.
To order memorial trees or send flowers to the family in memory of Kent D. Hauge, please visit our flower store.
Send a Sympathy Card