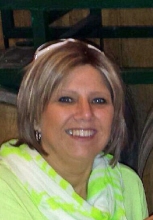 Funeral services will be held 10:30 A.M., Saturday, November 9th at Zion Evangelical and Reformed Church in Garner with Revs. Brian Lund and Rodney Meester officiating. Burial will be in Concord Township Cemetery in Garner.

Visitation will be held from 4 to7 P.M., Friday at the Cataldo Funeral Chapel, 160 E. 4th St., in Garner and will continue one hour prior to services at the church.

Kimberly Ann Stromer, the daughter of Roger and Janice (Renberg) Fekkers, was born September 12, 1960 at Belmond. She was confirmed in the Reformed Church in Meservey and graduated from Meservey-Thornton High School in 1979. On November 29, 1980 she was married to David Stromer at the Reformed Church in Meservey. They couple lived 1/2 mile south of the farm where David grew up for one year and then moved to the home farm southwest of Garner. Kim and David were blessed with three children, Gretchen, Emma and Lucas. Kim loved planning and going on trips, garage sales, shopping, craigslist and helping on the farm. But most of all spending time with family, especially with her three beautiful granddaughters.

She was a member of Zion Evangelical and Reformed Church in Garner and Zion Women's Fellowship.

To order memorial trees or send flowers to the family in memory of Kimberly Ann Stromer, please visit our flower store.
Send a Sympathy Card