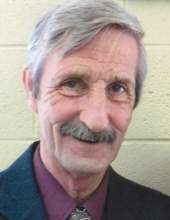 Larry E. Lawson, 66, of Lake Mills, died peacefully, Wednesday, April 18, 2018 at his home under hospice care surrounded by his family.

Interment will be in Madison Township Cemetery in Forest City.

Memorial contributions may be directed to the Larry Lawson memorial fund in care of the family.

Larry Eugene Lawson died peacefully Wednesday April 18th at his home under hospice care surrounded by his family. He will be lovingly remembered by his wife, Yvonne, of 21 years and his two sons and three daughters. He had an exceptionally close relationship with his four brothers and sister and he will be missed by all those who knew and loved him.

Larry was born on June 2, 1951, in Mason City, IA to Lawrence and Jeanette (Schutter) Lawson. He retired from Holcim in 1995 after 20+ years of service. He then worked for Farmers COOP in Forest City until 2013 and continued to be active working side jobs doing construction. He and Yvonne enjoyed wintering in Alamo, Texas. He had a huge heart and could never say no to lending a helping hand. He loved holidays, hosting barbeques and sharing a beer with friends.

He was preceded in death by his parents, an infant sister, Patricia Lawson, and two sister-in-laws, Debbie Lawson and Rachel Lawson.
To send flowers to the family in memory of Larry Eugene Lawson, please visit our flower store.