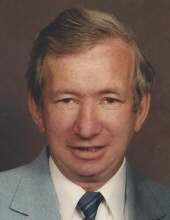 Larry Dalton, 79, of Forest City passed away Sunday, January 4, 2015 in Mason City at the Muse Norris Hospice Inpatient Unit. Memorial services and inurnment of cremains will be held in Oakland Cemetery in Forest City at a later date.

Lawrence Kenneth Dalton was born June 15 1935, the son of Lawrence and Carol Dalton, in Forest City. Larry met Shirley in Albert Lea and the marriage which resulted endured for 55 years until Shirley’s passing in June 2014. Three sons, Robert, Scott and Michael pre-deceased Larry and Shirley. Larry and Shirley lived their entire married life in Forest City, working at Winnebago Industries until retirement. Larry was very proud of his single digit employee number and his jocular acquaintance with John Hansen.

Larry is survived by his three siblings, Fay Ingelin of Duluth, Mel Hinrichs of Idaho Falls, and Clair Dalton of Anchorage, and Granddaughters Kaci Dalton and Kali Dalton of Owatonna. Also surviving are Aunt Ruth Dalton of Mason City, nieces and nephews, cousins and friends and neighbors, with a special close and caring relationship with the McCloskeys, next door neighbors.

Larry is the last of the Dalton family in Forest City. Grandfather Dalton farmed west of town starting in the late 1800s, and Uncle Warren attended F.C. High when the brick building was under construction. Larry and siblings also attended in the brick building fondly remembered by old timers, as well as the red sandstone building serving as elementary classrooms. We remember the “giant” turntable on the playground.
To send flowers to the family in memory of Larry Kenneth Dalton, please visit our flower store.