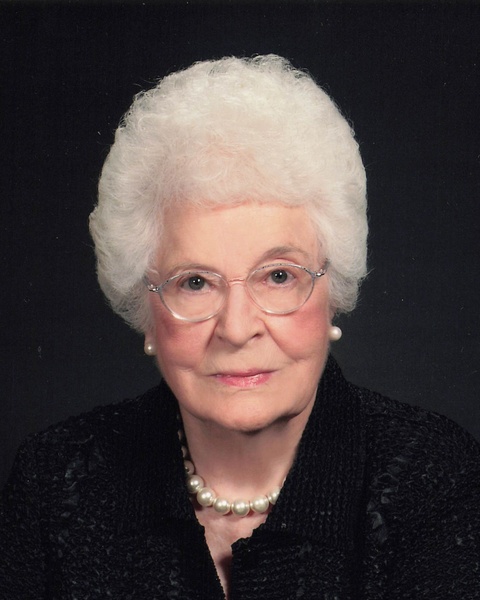 Visitation will be one hour prior to services at the church.

Laura Ayers Schaben, the daughter of Fred and Leola (Miller) Ayers, was born November 4, 1920, in Winnetoon, Nebraska. She graduated from Verdigre High School in Nebraska with a teaching certificate and taught in the rural schools near her home. On October 15, 1945, she was married to Hubert Schaben at St. Wenceslaus Catholic Church in Verdigre. They lived in Omaha where they raised their two daughters, Patricia and Jody. Laura was employed at Northern Natural Gas in Omaha in the tax department until her retirement. After Hubert passed away in 1975, she remained in Omaha until moving to Garner in 1983. Laura enjoyed reading and was a wonderful seamstress.

Laura is survived by her two daughters, Patricia Putz of Dewey, AZ and Jody (Phil) Garland of Garner; six grandchildren; ten great grandchildren; a brother, Willard Ayers; a sister-in-law, Patricia Ayers; and many nieces and nephews.

She was preceded in death by her parents; husband, Hubert; brothers, Howard, Edward and Fred Ayers; and sister, Benita Mangimelli.

To order memorial trees or send flowers to the family in memory of Laura A. Schaben, please visit our flower store.