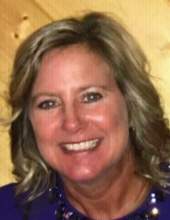 Leanne Marie Van Oort, the daughter of Leo and Irma (Welter) Delagardelle, was born August 17, 1968 in Waterloo. She grew up in Gilbertville where she attended Immaculate Conception Elementary School and graduated from Gilbertville Don-Bosco High School in 1986. During high school she was active in cheerleading, softball and basketball. Leanne continued her education at UNI in Cedar Falls where she graduated with a Bachelor of Arts degree. While attending UNI she met her future husband, Michael Van Oort. Leanne and Michael were married at Immaculate Conception Catholic Church in Gilbertville on August 11, 1990. They lived in Des Moines where she worked at a non-profit business. In 1998 they moved to Garner. Leanne was employed at Stellar Industries in Garner as the human resources manager. She enjoyed walks with her husband, boating and spending time with her family.

She was a member of St. Boniface Catholic Church where she served as a sacristan and eucharistic minister.

She was preceded in death by her mother, Irma; paternal grandparents, Frank and Mary Delagardelle; maternal grandparents, Philip and Cecelia Welter; brothers-in-law, Mike Fuller and Mike Pinneke; and nephew, Nick Pinneke.
To order memorial trees or send flowers to the family in memory of Leanne M. Van Oort, please visit our flower store.