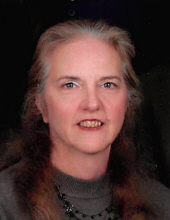 Funeral services will be held 2 P.M., Wednesday, May 25th at St. Paul Lutheran Church in Garner with Rev. Scott Kozisek officiating. Burial will be at Memorial Park Cemetery in Mason City.

Visitation will be held from 4 to 7 P.M., Tuesday at St. Paul Lutheran Church, 810 State St., in Garner and will continue one hour prior to services at the church.

Cataldo Funeral Home in Garner is in charge of arrangements.

Leeza Rae Phinney, the daughter of Ronald and Wilma (Hyde) Knop, was born November 25, 1955 in Mason City. She graduated from Ventura High School in 1974. Leeza continued her education at NIACC in Mason City where she played basketball and participated in the women’s national basketball tournament. After NIACC, she attended Winona State University. On June 10, 1978 she was married to Douglas Phinney at St. Paul Lutheran Church in Garner. They lived in Clear Lake until 1992 when they moved to Ventura. Leeza began her career as a certified nursing assistant at Concord Care Center in Garner. She later worked at Oakwood Care Center in Clear Lake before returning to Concord Care Center where she was currently employed. Leeza loved her family and those she had a privilege to care for. She was never without a smile and her famous bear hug. Leeza will be missed by her husband, sons, her family, her work family and residents.

She was a member of St. Paul Lutheran Church in Garner, St. Paul LWML and the Activity Directors of North Iowa.

She was preceded in death by her father, Ronald in 2005; maternal grandparents, Lynn and Vera Hyde; and paternal grandparents, Julius and Emma Knop.
.
To order memorial trees or send flowers to the family in memory of Leeza R. Phinney, please visit our flower store.
Send a Sympathy Card