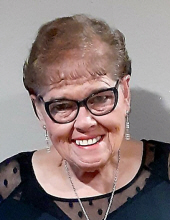 A funeral service will be held at 11 AM, Saturday, December 12, 2020 at Cataldo Funeral Home, 178 First Ave. S.W. in Britt. Burial will be at St. Patrick’s Catholic Cemetery in Britt.

Visitation will be held one hour prior to services at the funeral home on Saturday.

Lula was born September 26th, 1944 in Forest City, IA to Joseph and Margaret Fank. She attended Clear Lake and Iowa Falls High School. She was a hard worker and held many jobs, including a long employment at Fleetguard in Lake Mills, IA and running her own restaurant the Bullpen Café in Forest City, IA. In Florida, she became a member of the United States Coast Guard Auxiliary. She was well known by the community for helping those in need. She was always willing to drive people who did not have transportation and be a listening ear to those who needed it. She would go to multiple food pantries daily to pick up food and distribute it all around Punta Gorda and Port Charlotte, always ensuring that no one ever went hungry.

She considered being a mother and grandmother to be her greatest achievement. She loved taking care of her family, cooking, playing card games, winning decoration contests with her granddaughter, and fishing with her son. She was loving, selfless, funny, social, and thoughtful, and will be greatly missed by anyone who was touched by her.