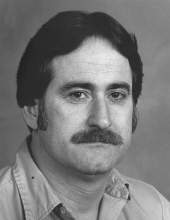 Lyle R. Ross, Jr., 74, of Crystal Lake went to be with the Lord on Saturday, February 24, 2018 at the Hancock County Memorial Hospital in Britt.

Funeral services will be held 10 A.M., Saturday, March 3, 2018 at the Cataldo Funeral Home in Britt. Burial will be at the Bricelyn Lutheran Church Cemetery.

The family invites everyone for a time of fellowship and a meal at Bricelyn Lutheran Church immediately following the committal service at the cemetery.

Lyle R. Ross, Jr. the son of Lyle Robert Ross, Sr. and Marie (Baldwin) Ross was born June 7, 1943 in Worthington, MN. He attended school in Little Rock, MN and later moved with his family to Hampton, IA where he graduated from high school. On November 20, 1976 he was united in marriage to Brenda Goodnight at the Little Brown Church in Nashua, IA. To this union three children were born, Kendra, Micah, and Ben. They made their home in Crystal Lake where they raised their family. Lyle worked at Winnebago Industries in Forest City until his retirement after 40 years of employment. He enjoyed motorcycling, fishing, watching FOX news, movies, and sports. He especially enjoyed spending time with his family.

He was preceded in death by his parents.
To send flowers to the family in memory of Lyle R. Ross, please visit our flower store.