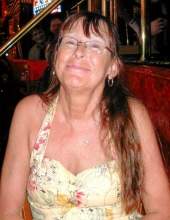 Visitation will be held one hour prior to services at the funeral chapel. Memorials may be directed to Hospice of North Iowa.

Lynette Lea Berding, the daughter of Keith and Alverda (Smalley) Mallow, was born October 10, 1953 in Osage. She attended Osage Community Schools graduating in 1972. On January 20, 1973 Lynette was united in marriage to John Berding in Osage. They lived in Charles City until 1986 when they moved to Fertile. Lynette continued her education at North Iowa Area Community College graduating with an Electrical Technician Degree in 1978. She was employed at Unisys in Clear Lake, Cummins Filtration in Lake Mills and Winnebago Industries in Forest City. She enjoyed reading, sudoku, flowers, wine and spending time on the beaches in Mexico.

Lynette is survived by her husband, John Berding of Fertile; three children, Jason Berding of Fertile, Melissa (Joshua) Finn and their children Chloe and Jedi of Everett, WA, and Megan Berding and her children, Blaine, Cameron and Mia of Forest City; her father, Keith Mallow of Eden Prairie, MN; two sisters Sheryl (Rod) Achterberg of Deshler, NE, and Sue (Tom) Tischer of Chanhassen, MN; and many nieces and nephews

She was preceded in death by her mother, Alverda.
To order memorial trees or send flowers to the family in memory of Lynette L. Berding, please visit our flower store.