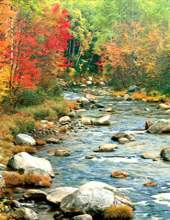 Private family graveside services will be held at a later date in Bingham Township Cemetery in Woden.

There will be no visitation. Cataldo Funeral Home is in charge of arrangements.

Marlin Ilo Cromwell, the son of Noah and Francis (Linton) Cromwell, was born October 13, 1941 in Boone, Iowa. He attended school in Boone County. Marlin served his country in the National Guard. On June 9, 1990 Marlin was united in marriage to Barbara Phillips Lorenzen in Forest City. Marlin worked many years as a truck driver. He enjoyed trap shooting, fishing, camping, having family gatherings, playing cards and driving semi. He will be dearly missed by all those who knew and loved him.

He was a member of Iowa Motor Truck Association.

He was preceded in death by his parents; wife, Barbara, Sept. 28, 2004; and daughter, Terry Rodgers, Oct. 31, 2010.
To send flowers to the family in memory of Marlin Cromwell, please visit our flower store.