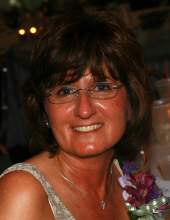 Funeral services will be held 10:30 A.M., Monday, December 19th at Zion Evangelical and Reformed Church in Garner with Rev. Brian Lund officiating. Burial will be at Elmwood – St. Joseph Cemetery in Mason City.

Visitation will be held from 2 to 5 P.M., Sunday at the Cataldo Funeral Chapel, 160 E. 4th St., in Garner and will resume one hour prior to services at the church.

In lieu of flowers, memorials may be directed to the Mary Rasmus Memorial Fund.

Mary C. Rasmus, the daughter of Thomas and Mary (Wilhm) Paulus, was born October 3, 1952 in Mason City. She grew up in the Aredale and Dougherty area and moved with her family to Mason City her freshman year in high school. Mary graduated from Mason City High School in 1970. She continued her education at La’James College of Hairstyling in Mason City. On May 18, 1973, she was married to Glenn Rasmus at Holy Family Catholic Church in Mason City. They made their home in Klemme where they raised their three children. Mary was employed at PAR Products in Klemme for twenty-eight years. She then worked at Stellar Industries in Garner where she retired from in May of 2014. Mary loved her grandchildren, they were the center of her life. She was a constant presence in their lives and was known as “Nana.” She was a caring person that always put others before herself. Her favorite time of year was Christmas. She enjoyed spending time with her family and always looked forward to family gatherings. A phone call or a visit from her friends and family always brought her joy. She looked forward to “finding the deals” when out shopping and collecting antiques.

She was a member of Zion Evangelical and Reformed Church in Garner.

She was preceded in death by her father, Tom Paulus.
To send flowers to the family in memory of Mary C. Rasmus, please visit our flower store.