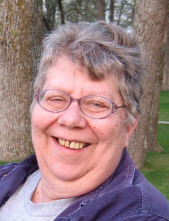 Mary Jeann Batham, the daughter of Elmer and Rose (Hejlik) Urich, was born January 11, 1944 in Mason City. She graduated from Garner High School in 1961 and the University of Iowa in 1964. Mary Jeann was employed by Pan American Airlines a few years as a travel agent specializing in foreign travel arrangements. She then set up her own travel agency called Aardvark Travel Agency and earned her M.B.A. She promoted the island of St. Kitts and earned the respect of the hotel and airline industry, being named an ambassador by the island. Mary Jeann later moved her travel agency to Garner from Chicago. After selling her business, she became very active in Garner community activities. She was very proud of her Czech heritage and was a very compassionate and caring person. Mary Jeann loved her four furry cats, Barney, Frosty, Mango and Coco. She was also an avid and passionate gardener.

She was a member of St. Boniface Catholic Church and volunteered in several community organizations.

She was preceded in death by her parents; and nephew, Joseph Urich.
To order memorial trees or send flowers to the family in memory of Mary Jeann Batham, please visit our flower store.
Send a Sympathy Card