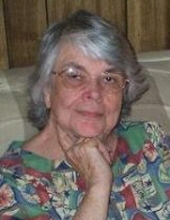 Upon her wishes she was cremated and there will be no visitation.

Inurnment will be held at a later date next to her husband at the Indiantown Gap National Cemetery in central Pennsylvania.

She was born Mary Louise Slater on November 14th 1933 and lived to be 80. Mother of four, grandmother of nine, and great grandmother of eight, she was always Mother Mary to a much larger group of children and adults who moved in & out of her life over the course of her life’s journey.

On November 28th, 1952 she married E. Jay Hunt in Huron SD. After pastoring a year in Susanville, CA they moved back to SD where Mary was a housewife and mother. Shortly after the birth of her second son they moved to Idaho Springs Colorado where Jay had become Chief of Police. Latter Mary attended St Mary’s School of Nursing, while living in Boulder, CO where she had two additional children. On top of being a housewife and a mother of 4, she worked part-time for several years as a nurse at the Boulder Community Hospital.

In July of 1966 the family moved to Greeley CO, where she worked in the records department of a clinic, and then in 1968 they moved to Tulsa OK, where Mary became a night supervisor for the Oral Robert's Evangelistic Association (OREA), while attending classes at Oral Roberts University (ORU). After 5 years the family moved to Sapulpa, OK for a short time then moved to Collinsville, OK. After 7 years of service Mary resigned from OREA and became the Advertising Mgr. for the local paper; a job she loved. She enjoyed meeting and getting to know many people in town, began a women's ministry, and always ministered to and encouraged everyone she met.
In 1975, the Hunts moved to Forest City, IA, where for the next thirteen years Mary helped Jay pastor the Highway Chapel. She again established a women’s ministry and made and had kept some of her closest friends.

After retiring, Mary and Jay moved to Jamestown, ND to be closer to her parents. After two years they moved back to Tulsa where they worked as apartment managers for 10 years. Then they moved to Dansville, NY to be closer to their youngest son and his family, and lived there until Jay became ill, whereupon they then moved to Steelton, PA to again be closer to family. For several years, Mary did volunteer work as a chaplain's assistant at the nursing home where Jay lived, ministering to many of the residents and staff.

In March of 2015 she moved back home to Forest City, IA to be close to her daughter and several of her closest friends.
Mary had five weeks to enjoy her life here, when she became ill and very quickly and quietly went home to be with her Heavenly Father, her husband, and a lot of family members.

Besides her husband Jay, she was preceded in death by her parents; her sister, JoAnne and a host of other family and friends
To order memorial trees or send flowers to the family in memory of Mary L. Hunt, please visit our flower store.
Send a Sympathy Card