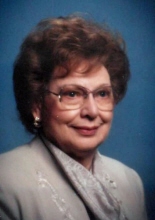 Burial will be held in Grafton at the Emmanuel Cemetery.

The family requests that memorials be directed to Hospice of North Iowa in Mason City or the American Cancer Society.

Maxine, the daughter of Ray and Cora (Anderson) Munsell, was born February 3, 1924 in Riceville, Iowa. She graduated from Kensett High School in 1941 at age 17. She then moved to Grafton, Iowa where she worked at Walk's Store. Grafton is also where she met her late husband Hugo Boeset. They were married on October 7, 1945 in Albert Lea, Minnesota. Maxine then helped Hugo raise his two children. The couple later had four children of their own. A few years after Hugo passed away, Maxine and her youngest daughter, Angie, moved to Osage where Maxine began work at the Fashion Corner. While living in Osage, she met Norbert Pint. They were married June 25, 1977 and resided in Forest City. In the years that followed, Maxine worked at Johnson Drug and later was receptionist and switchboard operator at Waldorf College.

Maxine enjoyed baking, decorating, her flower garden, antiques, and most of all spending time with her family. She was an active member of Immanuel Lutheran Church in Forest City.

To order memorial trees or send flowers to the family in memory of Maxine L. Pint, please visit our flower store.
Send a Sympathy Card