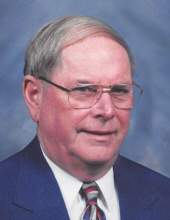 Funeral services will be held 10:30 A.M., Saturday, March 16, 2019 at St. Boniface Catholic Church in Garner with Fr. Jim Dubert and Msgr. John Hemann officiating. Burial will be at Concord Township Cemetery in Garner with military rites by the Garner Veterans Ceremonial Unit.

Visitation will be held from 5 to 7 P.M., Friday at Cataldo Funeral Chapel, 160 E. 4th St., in Garner with a Scriptural wake service at 4:30 P.M. Visitation will resume one hour prior to services at the church.

Memorials may be directed to St. Boniface Catholic Church or to the donor’s charity of choice.

Maynard Charles Beyer, the son of Carl and Barbara (Uthe) Beyer, was born May 3, 1927 at Dows. He attended school at Dows and graduated from Rowan High School in 1944. In July of 1945, he was drafted into the U.S. Army and was stationed in Oklahoma and Texas until his honorable discharge in October of 1946. Upon his discharge, he returned home and worked on the family farm until 1950, when he started selling cars at the Ford garage in Belmond. He sold cars until 1956 in Belmond and other dealerships in Dows and Britt. In the fall of 1956, he moved to Rochester, MN where he took the job of Sales Manager for the Ford Auto Company. He later went into a car business partnership with a friend while in Rochester. In August of 1960, he married Ilene Skauge in Rochester, MN. To this union a daughter, Lisa, was born. In 1970, the family moved to Garner where Maynard became sales manager at Iowa Mold Tooling Company and later became vice president of the company. IMT manufactured and sold equipment around the world to some 70 different countries. Maynard did a lot of traveling overseas and went to 42 different countries while working for the company. The extensive traveling provided a lot of interesting and unusual circumstances – some humorous and some difficult! Maynard served on the Board of Directors at IMT for many years. He retired from IMT in October of 1990 and then began working at Stellar Industries in Garner until retiring at the end of 1991. On June 29, 2001, he married Barbara Edelen Zrostlik. They made their home in Clear Lake and wintered in Florida. He enjoyed golfing, fishing and playing cribbage.

He was a member of St. Boniface Catholic Church and the Garner American Legion.

He was preceded in death by his parents; first wife, Ilene Beyer; an infant brother; a sister, Rosemary; and a brother, Leo.
To order memorial trees or send flowers to the family in memory of Maynard Beyer, please visit our flower store.