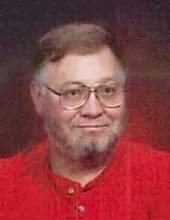 Funeral services will be held 2:00 P.M., Saturday, July 25th at the United Presbyterian Church in Garner with Rev. David Wagner officiating. Burial will be in Concord Township Cemetery with military rites by the Garner Veterans Ceremonial Unit.

Visitation will be held from 5 to 7 P.M., Friday at the Cataldo Funeral Chapel, 160 E. 4th St., in Garner and will continue one hour prior to services at the church.

Merlin Eugene Peterson, the son of Roland and Clara Mae (Peterson) Peterson, was born October 3, 1947 in Belmond. He grew up and attended schools in Hanlontown, Lake Mills and Belmond where he graduated from high school in 1964. Merlin worked at the Britt Milk Plant before entering the U.S. Army. He served during Vietnam as an aviation tech until his honorable discharge from active duty in 1966. On March 20, 1970, Merlin married Marcia Litsey from Hampton, Virginia. They lived in Garner where Merlin was employed at IMT. In November of 1979, he moved to Pennsylvania where he worked at Tool Sales and then Crest Equipment as a drafter and purchasing agent. He returned to Garner in 1995, working for Crest and then American Crane until his retirement. He enjoyed woodworking, carpentry, fishing, karaoke, tinkering on cars and lawn mowers and working on his lawn. He especially loved being a grandpa.

He was preceded in death his parents; and two brothers, Roland C. and Lauren Peterson.
To send flowers to the family in memory of Merlin E. Peterson, please visit our flower store.