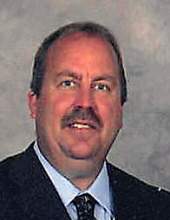 Funeral services will be held 10:30 A.M., Saturday, March 4th at St. Boniface Catholic Church in Garner with Fr. Jim Dubert officiating. Lector will be Jackie Young. Music will be provided by organist, Mary Kopacek who will accompany soloist, Mary Chambers and the St. Boniface Choir. Ushers will be David Welsh and Francis Oborny. Honorary bearers will be Mike’s nieces and nephews. Casket bearers will be Marc, Tom and Jim Legge, Rob Legge, Marv Young and Dave Weiland. Cremation will follow the service with burial at a later date in Concord Township Cemetery.

Visitation will be held from 4 to 7 P.M., Friday at St. Boniface Catholic Church and will resume one hour prior to services at the church. Cataldo Funeral Home in Garner is in charge of arrangements.

Michael Alan Legge, the son of James and Suzanne (Kuns) Legge, was born November 4, 1959 in Forest City. He grew up on the family farm southwest of Garner and graduated from Garner-Hayfield High School in 1978. Mike worked on the pipeline after high school and later began farming in the Garner and Klemme areas. On April 4, 1987, he married Monica Young at St. Boniface Catholic Church in Garner. They lived all of their married life on the Legge family farm where they raised their three sons. Along with farming Mike also raised hogs and operated a trucking business. When his boys were younger he was active in helping coach their activities. Mike sang at many weddings and funerals over the years and was the lead singer for a local band in his younger years. He enjoyed playing softball, racquetball, trivia, crossword puzzles, reading and loved to watch the TV game show Jeopardy.

He was a member of Farm Bureau.

He was preceded in death by his parents; and an infant son, Matthew.
To send flowers to the family in memory of Michael A. Legge, please visit our flower store.