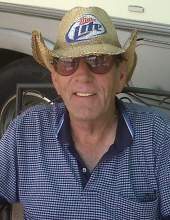 Michael (Mike) J. Harms, 69, left this world peacefully surrounded by his loving family, Wednesday, June 29, 2016, after a very brief but mighty battle with a very aggressive lung cancer. Family & friends are invited to visit with family and celebrate Mike this Friday, July 1, between 5:00 – 8:00 p.m. at Friendship Hall at the Winnebago Campgrounds in Forest City. The family request that in lieu of flowers & plants that gifts be directed towards the Michael J. Harms Memorial.

Mike was born June 21, 1947, to Harvey & Elna (Bilyeu) Harms, in Forest City, IA. Mike graduated from Forest City High School, Waldorf College and attended ISU to study Civil Engineering. He was married to the love of his life, Mary (Mitchell), October 12, 1968. Mike worked as a surveyor for the City of Ames while residing there. After college they returned to Forest City where he joined his father in the operation of LaHARV Construction Co., Inc. Mike became & remained President of LaHARV after his father retired. Later, his two sons, Matthew & Mason, joined him in this business. Mike was a member of the Forest City Jaycees in the 1970’s and a prominent and contributing member of the Forest City community.

Mike and Mary created and are very proud of 5 beautiful & loving children, Angela Marie (deceased), Matthew, Mason, Melissa & Melanie. The couple has resided in Forest City since 1970. Mike loved & enjoyed his family, friends, dancing, traveling and work. Mike was most happy when he could spend time with family and friends. Mike & Mary enjoyed traveling together, visiting family and friends, experiencing the Bourbon Trail in Kentucky, the Moonshine Trail in Tennessee, the International Shrimp Festival in Gulf Shores, AL. and most recently driving & experiencing Route 66 the entire month of February all the way to the end on the Santa Monica Pier. They visited friends and family along the way. They were so looking forward to more fun and exciting trips together.

Mike was preceded in death by his infant daughter, Angela Marie, his brother, Harvey (Tom) and his parents, Harvey & Elna Harms.

Mike is deeply missed by his loving and proud family.
To send flowers to the family in memory of Michael J. Harms, please visit our flower store.