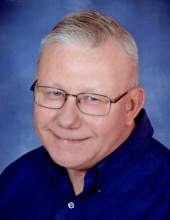 Michael “Mike” L. Hamilton, 67, of Britt passed away unexpectedly Saturday, May 1, 2021 at his home near Britt.

Funeral services will be held 10:30 a.m., Friday, May 7, 2021 at St. Paul Lutheran Church in Garner with Rev. Scott Kozisek officiating.  Following the service, he will be cremated.  A private family committal service will be held at Concord Township Cemetery in Garner.

Visitation will be held from 5:00 to 7:00 p.m., Thursday at Cataldo Funeral Chapel, 160 E. 4th St., in Garner and will resume one hour prior to services at the church.

Michael Lee Hamilton, the son of Barbara Hamilton, was born July 14, 1953 at Spencer.  He graduated from South Clay High School in 1972.  On November 2, 1973 he married Linda Lenning at First Congregational Church in Spencer.  They lived at Arnolds Park, Cylinder, and Clear Lake before moving to Garner in 1992.  In May of 2000 they moved to Lost Island before returning to Garner in 2008.  In 2016 he moved to an acreage northwest of Britt.  Mike was employed in the paint department at Snap-On in Algona for 38 years retiring in 2015.  He enjoyed his family, fishing, vegetable gardening, target shooting, campfires and especially model railroading.  He was affectionately known by his grandkids as “Papa Choo Choo.”

He was a member of St. Paul Lutheran Church in Garner and a model railroad club.

He was preceded in death by his mother, Barbara Booth and stepfather, Bob Booth; wife, Linda, Jan. 22, 2012; and an infant grandson, Reilly Petersen;
To send flowers to the family in memory of Michael "Mike" L. Hamilton, please visit our flower store.