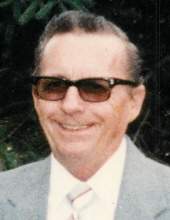 Milton had a passion for driving truck and mowing grass. Milton would drive to Mexico to pick up his medications turn around drive back. Never turned on the radio. He was a proud owner of a 1929 Model A.

He enjoyed the many years he spent living in south Texas

He was preceded in death by his parents and two wives, Dorothy and Norma; daughter, Sandy and grandson, Marly Johnson Jr.
To send flowers to the family in memory of Milton Monson Jr., please visit our flower store.