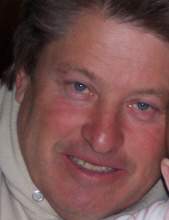 Monroe David Branstad was born April 7, 1950 in Forest City, Iowa, the son of Edward A. and Rita L. (Garland) Branstad. He grew up on the family farm. Monty’s dedication was evident from the time he started farming. By age 8, he often rose with the sun and worked ‘until the cows came home’. The youngest of two boys, Monty and his brother maintained the farm through one farm crisis while his parents worked out of town to make ends meet. During high school, he found time to participate and letter in football, track, and baseball while taking on an ever-increasing share of the work on the farm. After days that began at sunrise and ended after sunset, his father Edward often said, “We didn’t get much done today. Let’s get up early and give her heck tomorrow.” Monty passed that saying on to friends and family who worked long hours beside Monty.

Following graduation from Forest City High School, Monty took over the operation of Branstad Farms. He tirelessly worked construction, OTR trucking, ranching, and many other jobs through the years to see the farm he loved through another farm crisis. Monty expanded Branstad Farms to allow his sons to return to farm full-time following their graduations from college. Nothing made Monty prouder than creating an operation that allowed his family’s century farm to be passed to future generations.

In his younger years, Monty enjoyed sports, fishing, hunting, and driving fast. In his later years, Monty concentrated on enjoying his thirteen grandchildren and providing support to friends and family. Grandpa Monty’s proudest moments included teaching his younger-than-ten year old grandchildren to operate heavy machinery and giving them access to all the farm offers.

Time ran slower for Monty than for others. Even at his most busy, Monty built lasting friendships with those in his community and beyond. He gave his time, his strength, and his advice to any who asked. His reputation preceded him in all that he did, and he is the subject of many of the best stories told in North Iowa. He was a force to be reckoned with. Most days you could find Monty standing just shy of 6 feet tall wearing worn out cowboy boots, wrangler jeans and a blue button up shirt, but the man was larger than life.

Monty’s health problems began a few years ago. Following numerous successful climbs back to health, Monty was hospitalized in December. He died surrounded by family on December 13, 2017.

Monty was preceded in death by his parents Edward and Rita.

Memorials may be directed to Winnebago County Relay for Life.