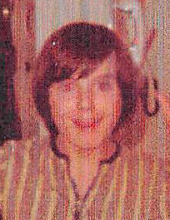 Memorial services will be held at a later date. There will be no visitation. Cataldo Funeral Home in Garner is in charge of arrangements

Neal Lee Conrad, the son of Richard and Mary Jo (Wright) Conrad, was born February 18, 1963 in Hampton. He attended school at Hampton, Garner and Mason City. Neal lived and worked in the north Iowa area all of his life. He was a very talented artist and drew many pictures for family and friends.

He was preceded in death by his father, Richard in 2008.
To order memorial trees or send flowers to the family in memory of Neal L. Conrad, please visit our flower store.
Send a Sympathy Card