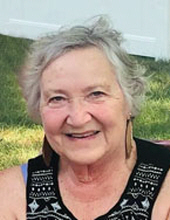 Our earthly angel, Patricia “Pat” Kay Chisholm, 73, passed away Saturday, January 15, 2022 at her home in Minneapolis, MN surrounded by her loving family and under the loving care of Hospice.

Pat was born March 2, 1948 in Britt, Iowa to Robert and Phyllis (Holecek) Nedved. She graduated from Britt High School in 1966 and from there went on to Mankato Commercial College. Pat married the late Gerald “Jerry” L. Paulsen, April 10, 1976, in Mason City Iowa. To this union, together they welcomed Jeremy Paulsen in 1976 and Jason Paulsen in 1984. They made their home in Iowa, Oklahoma, KC, CA, and Minnesota until Jerry’s death in 1996.Pat married Jack Chisholm, August 05, 2000, in front of family and friends, at their home in Minneapolis. Pat also welcomed Jack’s son, David Chisholm, to the family. Pat and Jack liked to travel to see family and spend time with their grandkids. Pat’s career spanned from the University of Minnesota for 17 years, and then the public school system until her final position at Hennepin County Family Court. Pat retired at the age of 65 in April of 2014. Pat’s love for her family was undeniable. Pat’s life revolved around her children and her grandchildren making sure everyone was taken care of and that they knew she was there for them no matter what the need. In return, they expressed their love for her every chance they were given. She was their world, and they were hers. Pat loved going anywhere she could find a bargain. If it wasn’t a bargain or free, she wasn’t interested. Nothing at full price. Ever. Pat and Jack bought a home in Britt, and it was there that celebrations of all kinds take place. Especially Hobo Days in August where siblings, kids, grandkids, cousins and friends would gather for the annual event. Pat didn’t drink much but liked her rum and coke on those hot summer days and maybe one to warm her in the winter.