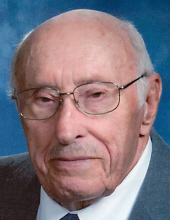 Visitation will be held from 3 to 6 P.M., Sunday at the Cataldo Funeral Chapel, 160 E. 4th St., in Garner with a Catholic Workman rosary at 3 PM and a Scriptural Wake Service at 6 PM. Visitation will continue one hour prior to services at the church.

Paul Anton Zrostlik, the son of John and Mary (Hadacek) Zrostlik, was born January 11, 1928 on a farm south of Duncan. He attended country school in Liberty Township to the 8th grade. After he graduated he stayed home to help his parents with farming and worked for relatives and neighbors during WW II. On January 12, 1951 he was drafted into the US Army during the Korean Conflict. After basic training in Fort Riley, Kansas, he served in Korea from June 1951 to March 1952 with the 25th Division, 27th regt., medical co., called the “Wolfhounds”. After returning home from Korea he was stationed at Fort Riley, Kansas first as an aid then as a cook until his discharge on October 11, 1952. He attained the rank of Sgt. while in Korea. In 1955, he attended and graduated from Midland Linotype School in Charles City. He then worked for the Buffalo Center Tribune in Buffalo Center for two years and later for the Garner Leader as a linotype operator. On June 11, 1962, he married Margaret “Lila” Baker at St. Mary’s Church in Waucoma, IA. They made their home in Garner where they raised their family. In 1967, he started to work for Iowa Mold Tooling, from where he retired. He enjoyed traveling, gardening woodworking, reading, fishing, socializing, cooking/baking (Kolaches), word finds, dancing and listening to old time music. Paul also enjoyed attending his grandchildren’s activities.

He was a member of St Wenceslaus Catholic Church in Duncan, Catholic Workman FCSLA and the Garner VFW Post #5515.

Paul is survived by his wife of 52 years, Margaret “Lila” of Garner; four children, Michael Zrostlik and his wife, Julie, and their two children, Anna and Nicholas of Garner, Jane Zrostlik of Garner, Steven Zrostlik of Ames and Marvin Zrostlik of Eldridge, IA; a sister, Rose Kern of Wesley; and many nieces and nephews.

He was preceded in death by his parents; three brothers, Joe, John and George; and two sisters, Betty Holecek and Mary Zrostlik.
To order memorial trees or send flowers to the family in memory of Paul A. Zrostlik, please visit our flower store.
Send a Sympathy Card