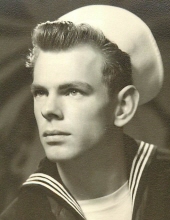 Paul L. Smith, 71, of Crystal Lake, died Monday, May 23, 2016 at the Muse Norris Hospice Inpatient Unit in Mason City, surrounded by his family.

Funeral Services will be held at 10:30 A.M. on Thursday, May 26, 2016 Cataldo Schott Funeral Chapel, 505 North Clark St. in Forest City, with Pastor Bob Snitzer of the Calvary Lutheran Church of Crystal Lake officiating.

Burial will be held in Crystal Lake Cemetery with military honors performed by the Forest City American Legion.

Memorials may be directed to the Paul L. Smith memorial fund in care of the family.

Paul LeRoy Smith was born February 7, 1945 to Orrin and Lorraine (Ross) Smith in Forest City, Iowa. Paul was baptized and confirmed at Calvary Lutheran Church in Crystal Lake, Iowa. Paul quit High School to join the United States Navy on October 9, 1962, where he served his country aboard the U.S.S. Topeka during the Vietnam War. On November 29, 1965 the U.S.S. Topeka left for a fourth tour in the Far East as a flagship of the Cruiser Destroyer Group in the 7th Fleet, to provide support for American and South Vietnamese troops fighting in Vietnam. The U.S.S. Topeka performed a mix of shore bombardment and search and rescue mission to support the carrier forces. He was discharged from the United States Navy on June 6, 1966.

On January 20, 1967 Paul was united in marriage to his wife and best friend, Diane Anderson at the Methodist Church in Lake Mills, IA, to this union, three children were born, Donavon, Cindy and Joey. Paul was on the Crystal Lake Volunteer Fire Department and was a member of the Crystal Lake American Legion for 46 years.

Paul held a variety of jobs in his life. He was an over the road truck driver, school bus driver for the Woden-Crystal Lake Schools and also worked at Winnebago Industries, where he retired from in 2003 due to health reasons.

Paul was a big Iowa Hawkeyes Fan. He never missed a broadcast of the Hawkeye football or basketball games. He even had a chance to go to a couple of Hawkeye football games with his children. Paul also loved watching NASCAR races and cheering on Dale Earnhardt and Dale Earnhardt Jr. Because of his love of the Hawkeyes and NASCAR, the family encourages everyone to wear their Hawkeye and NASCAR clothing to the visitation and the funeral service.